The current National Curriculum has afforded separate status for individual units of work on the Anglo-Saxons and Vikings. Whilst this may be applauded in some circles, it has increased the amount of pre-1066 history to be learned, at the expense of more recent history. So we need to be mindful of this. Just having 2 specified units on the NC does not mean they NECESSARILY have to be given equal weighting. As the history of the Anglo-Saxons was so intertwined with the Vikings for centuries, I think there is a good case to be made for creating a combined unit, hence the reason for placing the Anglo-Saxons and Vikings together in this category.  Although I have created separate medium term plans for both, it should be clear that both plans have some common ground and need to be linked in some way.

The following KS2 history lessons and smart tasks within lessons have all been judged to be outstanding according to OFSTED criteria. There is a wide variety of teaching and learning activities as well as a rich array of teaching resources including numerous PowerPoint® presentations. New lessons will be regularly added to meet the demands of the changing primary curriculum. You can see what these are by visiting the Recently Added section which contains list of publications in production. Subscribers only can request previews of these draft materials at any time.

The focus should be on the nature of the settlement in Britain and the evidence that remains. However, because the Vikings is such as dramatic topic, it is developed beyond the nature of settlement.  It is important to help children to appreciate how careful we must be when labelling groups of people, whether it is today (asylum seekers, Polish builders!) or in the past.

The lesson on the Vikings: What were they like?  when the children act as Saxon spies and find out about their legendary ships, is a good way into the Viking topic which has at its heart the question: Raiders or Traders?

Pupils are asked to counter the relatively stereotypical view that often surrounds the Vikings in the media. By asking children to rehabilitate their reputation this lesson makes a major contribution to pupils’ awareness of diversity and the need to respect both other societies and the nature of evidence itself. They test the evidence and realise the importance of being sure that your judgement is based on sound evidence. In this way pupils learn to evaluate what is being said. Perhaps the Vikings had such a bad press only because most of the written evidence came from  monks who suffered most at the hands of the Vikings.

The lessons on the Saxons focus on the nature of their settlement and encourage pupils to use a problem-solving approach to map  evidence. The links with geography are very strong here as is use of ICT.

Resourcing your Anglo-Saxon and Viking topics

A great place to start looking for material ion the Anglo-Saxons is the 24 hour museum site for children called showme. You will be helped to explore an Anglo-Saxon village and 3D artefacts as well as seeing video clips of a recent archaeological dig.

The same site can also be a a great starting point for checking out which museums offer pupils the opportunity to get involved in some problem-solving activities using Viking finds.

The discovery of the first fully intact Viking burial site in the UK – on the Ardnamurchan peninsula in Scotland provides a great opportunity for de-bunking some well known Viking myths. The 16ft-long grave containing the remains of a “high-status Viking” who was buried with an axe, a sword and a spear might suggest the typical Viking warrior image. About 200 rivets – the remains of the boat he was laid in – were also found.  Previously, boat burials in such a condition have been excavated at sites on Orkney.  Until now mainland excavations were only partially successful and had been carried out before more careful and accurate methods were introduced.

Other finds in the 5m-long (16ft) grave in Ardnamurchan included a knife, what could be the tip of a bronze drinking horn, a whetstone from Norway, a ring pin from Ireland and Viking pottery. These finds question the stereotypical image about the Viking helmeted warriors pillaging the land at will.

5 good reasons for thinking the Vikings were more traders than raiders. 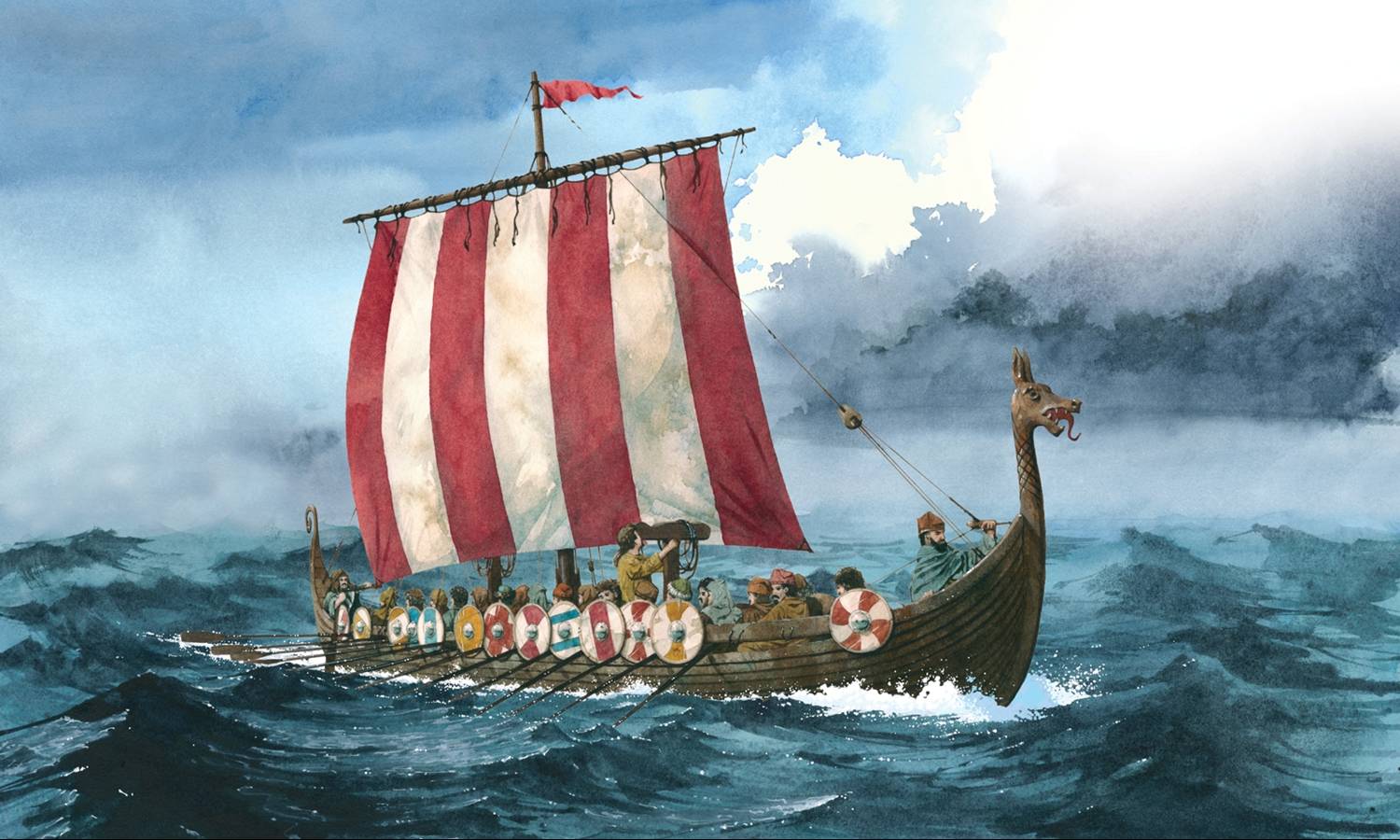 Realising where the evidence comes from and then evaluating it 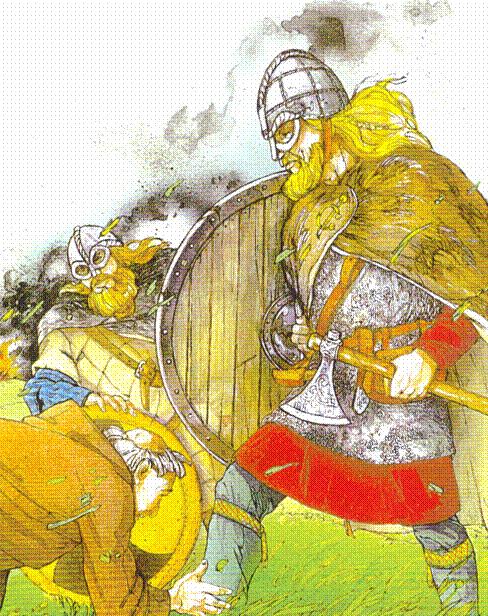