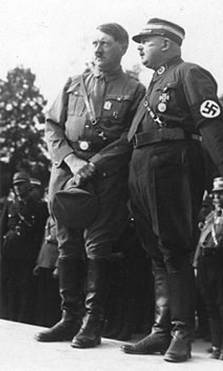 Although World War Two was always a very popular, and usually well-taught, topic in primary schools, the government decided not to include it as a compulsory topic in the National Curriculum which came into effect in August 2014. Notwithstanding this decision, many schools have decided to carry on teaching it anyway, as it works. So, if you are thinking of teaching this to KS2 pupils what approaches are recommended?

Firstly, it is best to focus on the Home Front with younger pupils. Not only is this narrow period of time very vivid and clearly different from their own lives, there are loads of accessible resources in the form of film, artefacts photographs, letters, diaries and oral testimony. It lends itself extremely well to role play and to approaches using fiction. Pupils can begin to empathise with the trauma of evacuation, whilst learning that children had diverse experiences.

As pupils move through the primary school, so they should start placing events on the Home Front within a broader context. Taking the example of evacuation again, pupils could be asked to explain why mothers stopped sending their children away in the first six months of the war (the Phoney war) but didn’t hesitate in later 1941 (at the height of the Blitz). Pupils grasp the key concept of propaganda when wondering why all images of evacuation in the media of the time were so positive.

All these ideas are brought to life in a variety of fully-resourced outstanding lessons which are featured on the site. There are lessons ranging from evacuation to VE day, each linking with another key are of the curriculum whether it be data handling or persuasive letter writing.

The new detailed downloadable planner below has key questions, suggested activities, resources and assessments for teaching The Home Front in World War Two at KS2 and links with the lessons on the site. It has been released, on teachers' request, prior to all the...
Read more
Pupils learn the sequence of events leading to the Second World war before a lively role-play debate in which they exchange well-rehearsed arguments verbally in the House of Commons and then write tight summaries of the key arguments for both sides.

Start with the puzzling...
Read more

Why was it necessary for children to be evacuated throughout the war, and what was the experience of evacuation really like?

This question has two significant outstanding lessons to cover most of the content and to deliver important skills of asking historical questions and appreciating diversity...
Read more
This enquiry revolves around a central contemporary cartoon which encapsulates life on the Home Front and how it was geared towards dealing with the Nazi threat of invasion. Pupils have to identify and then annotate each of the iconic images shown within it, having carried...
Read more
This activity is designed to promote creative thinking as well as to deepen pupils’ understanding of the objects that are unfamiliar to us but everyday items on the Home Front during World War Two. It comes early in the topic, before pupils have seen the objects...
Read more
In this really varied lesson pupils are asked to offer first-rate historical advice to a film producer who is about to make a new movie in which scenes from VE day, May 1945 are played out. So the pupils must get it right. The scenes...
Read more
This lesson comes towards the beginning of the topic after pupils have explored the nature and reasons for evacuation. I am grateful to Julie Tzivanidou of Cove Junior School, near Farnborough , for providing the original version of the PowerPoint presentation.

Read more
Using a short Ministry of Information film, which last just 8 minutes and can be accessed online here (please note we do not have copyright for this and you will need to register), pupils are introduced to the idea of government control of...
Read more
Inexplicably axed by Gove from the 2014 curriculum, my advice is to carry on teaching this highly successful unit focusing on the Home Front. You can shave time from other units to make room for this because you know it works so well and leads...
Read more