This activity works in two ways; it activates pupils’ prior knowledge in a fun way and raises questions about conditions at the time the chosen image, A Court for King Cholera was produced, i.e. September 1852.

Students work in pairs.  They are each given a copy of the image on the PowerPoint presentation ©Punch.  In addition they need a small piece of paper the size of a finger nail and a pencil.  Pupils draw a small head and shoulders likeness of their partner on the paper.  This is always a good fun start to the lesson but make sure it takes only 30 seconds.  They then pass the portrait they have drawn to their partner who then has to hide the picture of themselves somewhere on the image.

Now pupils take it in turns to ask where they might have placed themselves.  By a process of  question and answer, to which the pupil hiding simply answers ‘yes’ or ‘no’, pupils become very familiar with the image.  When one has guessed correctly, the other then has a turn.

When that quick activity is over ask the pupils to annotate the key parts of the image as if they were a public health inspector producing this as a diagram in a report on how bad conditions were in parts of London.  You will see that one copy has some ideas already arrowed, if you feel that would help some pupils.

You might then like to consider what we can learn from the rather random spellings, as a prelude to investigating the nature of lodging houses and who would have lived there.

As you can see, later slides investigate the effects of cholera and pose the puzzle as to why so little was done to combat it at this time. 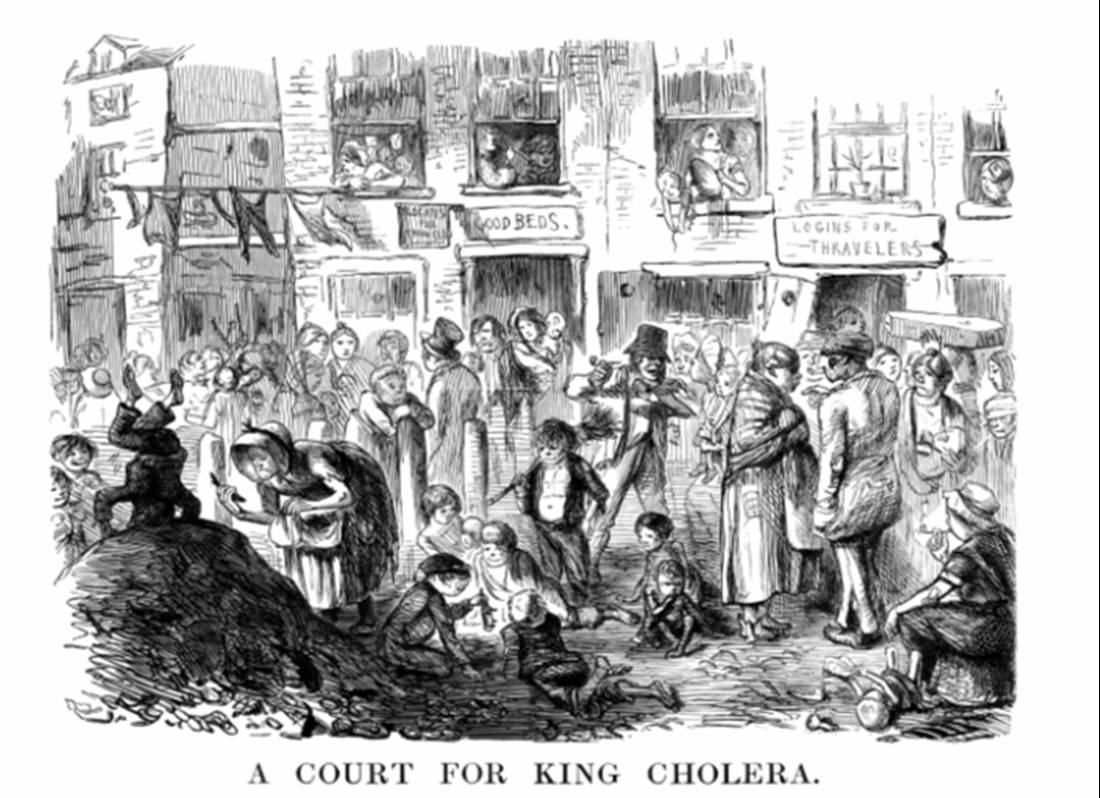