In a recent article for the Telegraph, journalist and writer Jeremy Paxman made the following case for teaching the history of the British Empire:

[It] explains so much about who we are now… Imperial history explains both why Britain has a seat on the UN Security Council and the readiness of British prime ministers to commit British troops to overseas wars. But it goes much further, too. The empire reshaped our education system and redefined how we think of ourselves. It was the trigger for much post-war immigration, and anything that changes the very genetic make-up of the population can hardly be dismissed as superficial (Paxman).

However, Paxman also suggests that empire is unfairly characterised as a bad thing, an idea, it is argued here, that is shared by Michael Gove, and one that raises even more questions regarding the nature of why and how one teaches imperial history. Whatever one’s view on these questions, William Dalrymple (2013) makes the compelling point that, unless British imperial history is taught effectively in our schools, many people who go through the English education system will remain ‘wholly ill-equipped to judge either the good or the bad in what we did to the rest of the world’.

Each of the above lessons features a different learning style. The Christmas pudding lesson starts with a fun kinaesthetic activity finding the source of the ingredients followed by a thoughtful analysis of data. In the second, groups work on different countries’ experiences before pooling their findings to create a whole class living graph. The Empire Strikes back lesson starts with a Terry Deary Horrible History excerpt which pupils have to counter by looking at the positives of empire. The next  is a study of causation whereas the last one on India looks at specific episodes such as  the Indian Mutiny , the Amritsar Massacre and the role of Indian troops in World War Two.

Teaching Empire; How do they do it in India?

Have you seen the Teachers TV programme on the teaching of Empire in Indian (elite) schools?

It lasts 30 minutes, but you can get a flavour from the first five minutes.  Students explore differing interpretations of the Indian Mutiny and have an interesting debate.  Students talk of different British perspectives and challenge the idea of calling the mutiny a Sepoy mutiny or a Peasants’ Revolt or a war of independence.  Well worth a brief look.  The rest of the programme looks at practice in other private schools as well as discussing the furore that erupted when, three years ago the Indian government introduced a set of textbooks that were thematic!!!

If you haven’t already used it, have a look at the National Archives Learning Curve material on the Empire   It comprises three main sections and has been authored by Ben Walsh, so you know it will be trustworthy.

The first section looks at the Rise of the British Empire.  Pupils look at case studies of North America, Africa, India and Australia to work out which of the following motives explained why empires were built there: trade; adventure; politics; religion; ambition and land.

The second section looks at what it was like living in the British Empire and the final one looks at why the Empire came to an end. 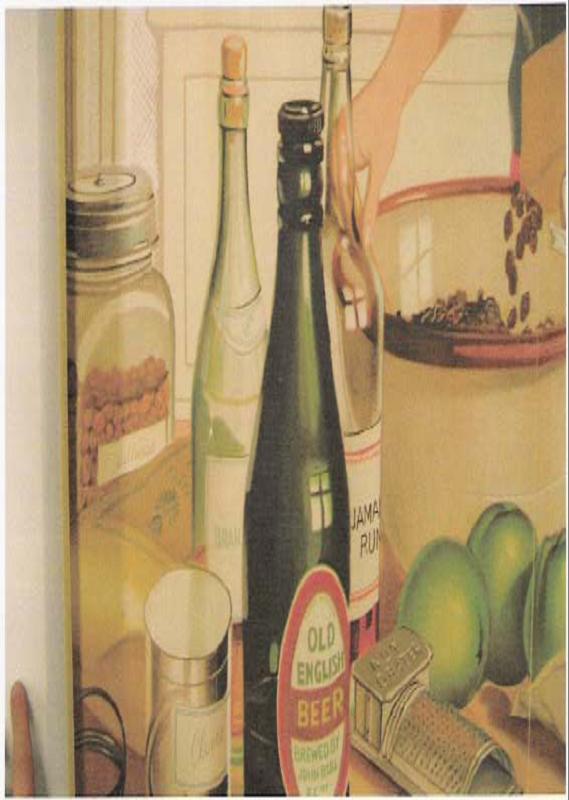 Sample page of ingredients for an Empire Christmas pudding. But where do they come from? 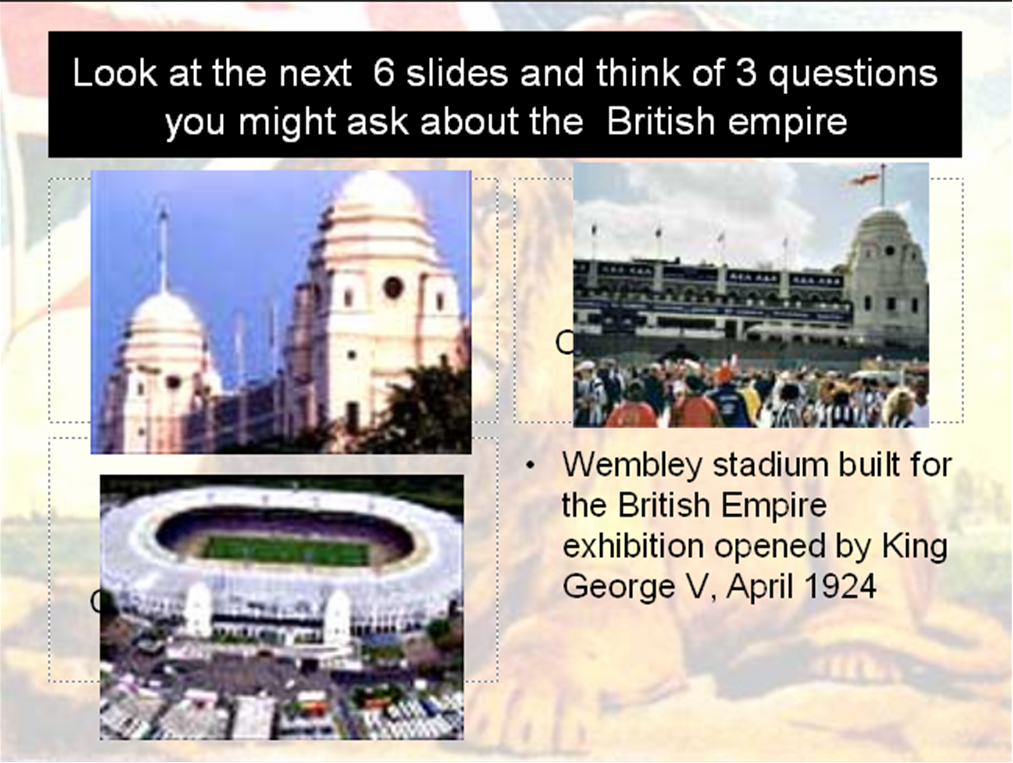 What have these images got to do with Empire? 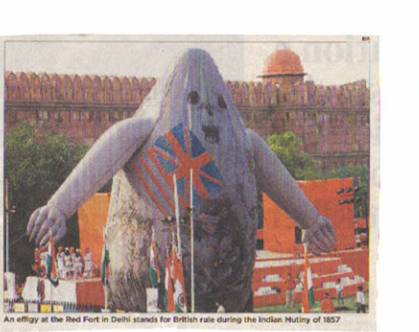 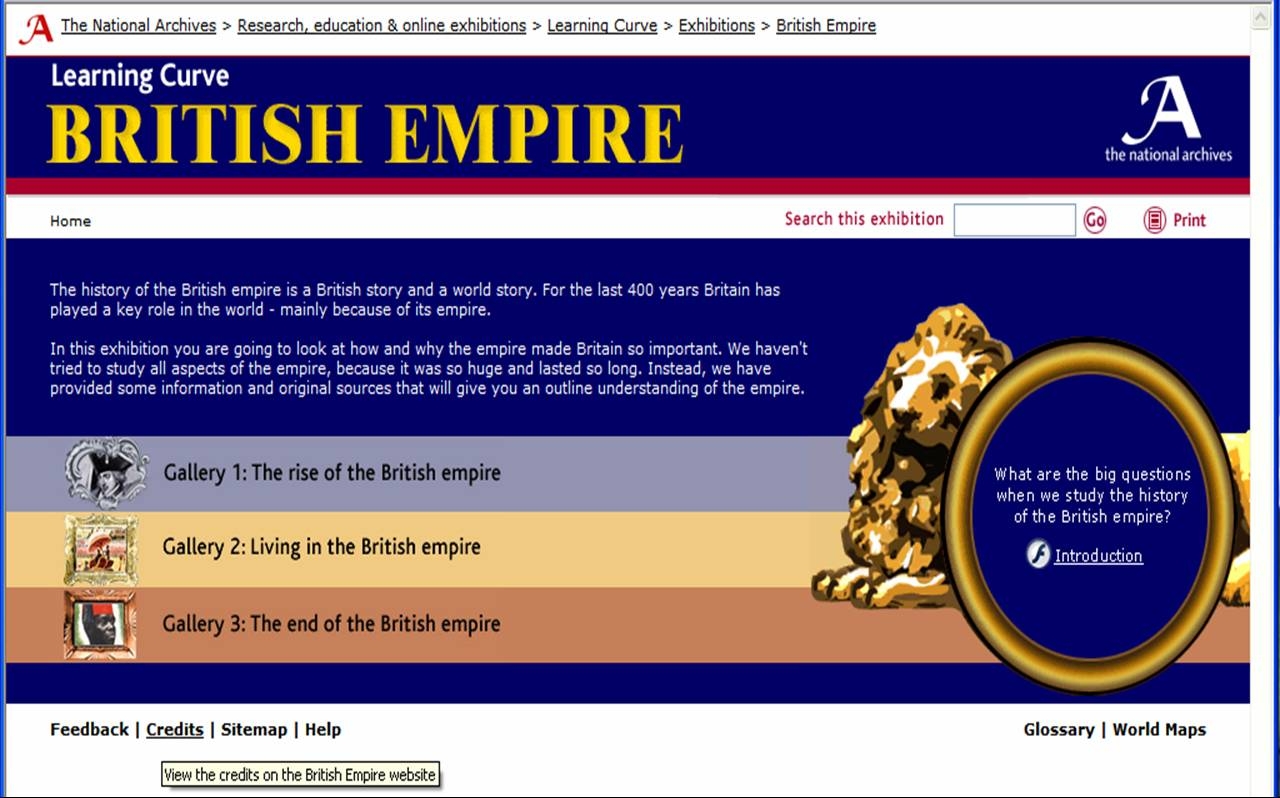 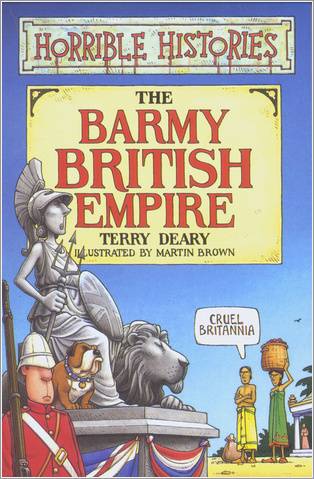