Inexplicably axed by Gove from the 2014 curriculum, my advice is to carry on teaching this highly successful unit focusing on the Home Front. You can shave time from other units to make room for this because you know it works so well and leads to great learning. At KS2 it is often the case that great learning trumps curriculum compliance.

I am less convinced about looking at the post-war decades, except in the context of immigration which would make a great long-term thematic study showing how different settlers have come to these shores since roman times, enriching our lives as if streams pouring oxygen into the lake of Britishness.

The following outstanding lessos have all been graded 1 by an OFSTED history inspector.

Want to know what’s coming next? Click here to find out

Long before the introduction of the National Curriculum, this was always a popular topic.  Whilst most schools focus on the war years, a number also look at the 1930s.  The evacuation of children and the way people lived through the Blitz continues to fascinate.

As this is one of the very few areas of Key Stage 2 in which the pupils can use oral evidence (local history being the other main one) it is important that children use spoken or written testimony.  For most schools the focus for this will be evacuation as this provides an accessible vehicle for looking at different perspectives of the past. Quality literature on this topic abounds and there is a good range of movie film too.

The outstanding lessons featured here are very varied. On the one hand there is a really engaging activity known as spectrum in which pupils, actively learn about the different experiences of the war many people had.  On the other is the numeracy related enquiry which asks children to raise their own questions about evacuation based on a line graph. Why did the number suddenly go up a particular point point?  Why did they go down equally quickly.  The use of drama then helps pupils to empathise with the plight of people from the time.

The lesson on VE day in which pupils have to act as historical advisers to a film maker enables them to contrast images in books as well as contemporary testimony.  They realise the dangers of oversimplification. Not everyone’s experience was the same.  For those seeking a context for developing higher-order source evaluation skills, then the lesson on propaganda is a tour de force.

If you would like to encourage your pupils to explore interesting images from the Second World War using a Webquest, then help is at hand.  The Imperial War Museum, amongst other museums, have produced some excellent new resources and interesting approaches. Pupils can select areas of interest to investigate and can check their understanding using simple drag and drop activities. You can find the site here

This website offers you an excellent summary of the on-line materials that are being made available at lots of museums across the country. 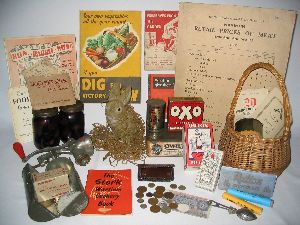 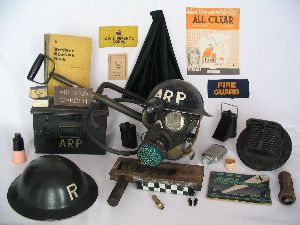