A wide range of lessons are showcased here for teaching Medieval Britain at KS3 because the medieval period is highly popular. All lessons have full resources to download. As many of you will have been teaching aspects of  medieval  British history for quite some time, I have deliberately avoided the more orthodox approaches.  Instead, each lesson has a unique feature. What you won’t find are numerous lessons on the Battle of Hastings as this is already covered in great detail, arguably too much detail, in many schools.

The first Peasants’ Revolt lesson features a history mystery and living graph. The lesson on Becket  coming soon asks pupils to unravel two muddled accounts to produce just one of their own.  The death of Harold is dealt with using a reconstruction relay followed by a comparison of different historical interpretations.

The study of the Black Death focuses on consequences whereas pupils’ understanding of causes is promoted through one of the lessons on the Peasants’ revolt.  Another lesson focuses on the death of Wat Tyler in which pupils use the ‘What happened next?’ approach to creating their own narrative from the sources.  The lessons on the Black Death and on ‘What happened to Wat Tyler’ will feature on the site shortly.

To support schools looking for an interesting approach to teaching the British Isles there will be a lesson in which pupils take on the role of one of the countries and track relationships with England in a fun competitive way.  King John and Magna Carta feature strongly to reflect the new emphasis on citizenship, rights and responsibilities.

The following Key Stage 3 history lessons for teaching Medieval Britain have all been judged to be outstanding according to OFSTED criteria. You will find a wide variety of teaching and learning activities and full lesson plans as well as a rich array of teaching resources including PowerPoint® presentations.
KS3 Outstanding History Lessons

How significant is Magna Carta? Pupils are asked to present two brief podcasts for the British Library website the first to explain why Magna Carta is significant, the second to argue that its importance has been over-estimated. Resources are provided to help pupils prepare for this task, PowerPoint presentation and sheet of cards for pupils to sort.

Other useful sources of inspiration for outstanding lessons are thin on the ground. One you will know about is Ian Dawson’s excellent site. , is the History Resource Cupboard, created by two teachers who worked very closely with me for a number of years.  I know the ideas come from a good stable. Neil and Richard are both outstanding teachers so it is well worth looking at what they have on offer, some of which is free.

Battle of Hastings: Try the animated BBC decision-making game in which you can play Harold or William.  You read a short piece of text and then choose an option.  Much the same as many other games like it.  The great thing about this game is that the figures on the screen move in response to your decision.  So you can actually see the retreating forces move and the cavalry charge.  See BBC site: History in Depth, Battle of Hastings game.

If you need information about the chronology of the medieval period then you may find the following link useful https://www.timeref.com/. In addition to a detailed list of events, it also features 3D Tours of digitally reconstructed castles etc.

A fascinating study of Doom paintings. Pupils study a range of images and then try to summarise the key points for a Wikipedia entry. 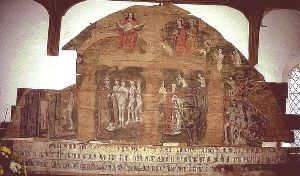 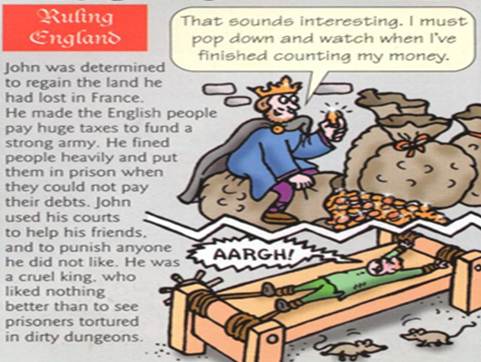 Pupils work out what actually happened in Canterbury Cathedral in 1170, by unravelling muddled accounts and comparing contradictory visual sources 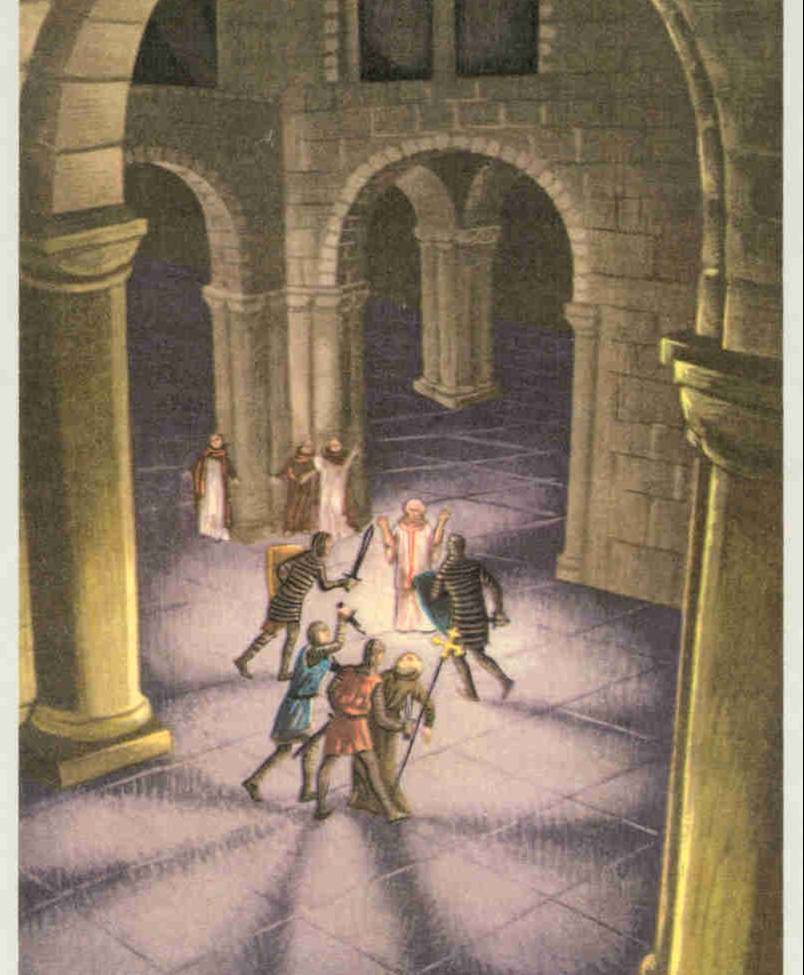 History mystery Why did John Cole join the Peasants’ Revolt? leads to a Living Graph giving an overview of the changing fortunes of villeins 1300 to 1500.