This lesson on a fairly familiar theme approaches GCSE cartoon analysis in a different way.  Instead of showing the students the cartoon they are to interpret, they are simply given an outline, without the detail and certainly without the text.  Using their contextual knowledge students have to work out what is likely to have been included and then they have a go at reconstructing what it probably looked like.  Only at the very end are they shown the actual cartoon which they then discuss in preparation for writing a top quality caption to appear in a new ground-breaking GCSE textbook.

Students are shown a very famous cartoon (slide 2 on the PowerPoint presentation) showing Herbert Hoover leaving the White House and his successor Roosevelt getting rid of his rubbish.  The trouble is that the cartoon has become faded with time and we can’t read what is on it.  If we are good historians we can work it out though.  All we need to do is think about Hoover’s policies that his opponents thought not to have worked.

In pairs students list as many of the republican policies as they can think of.  Take brief feedback so that all students gain in confidence.

Now let the students loose on the cartoon outline without the detail using a print out of slide 3.  What can they work out for themselves? Ask them to complete numbers 1-4 which most should be able to achieve.

Now show the actual cartoon included as slide 4.  What have the students identified correctly?  Spend a few minutes going over the first four and then explaining numbers 5 and 6.

To consolidate their understanding now show slide 4 which has a number of jumbled policies.  Students are expected to say whether these are Republican or Democrat policies.  Give the students a red card for Republican and a Green card for Democrat.  Every time you reveal a policy from the PowerPoint presentation, students have to raise the appropriate coloured card.  Use slide 6 to check their accuracy.

Now ask students in pairs to go ‘head to head’.  One has to list all the Republican policies, the other the Democratic. They take it in turns, then swop roles.  Start with Republicans.

Now return to the cartoon.  The students have to write a caption to explain what the cartoon is showing in terms of the differences in policies.  They also need to explain its sympathies and, if possible, its date.  The clue is Hoover is just leaving office and Roosevelt’s new broom is sweeping clean.

Ask each table to nominate the best caption from their group which they read out for the rest of the class to hear. 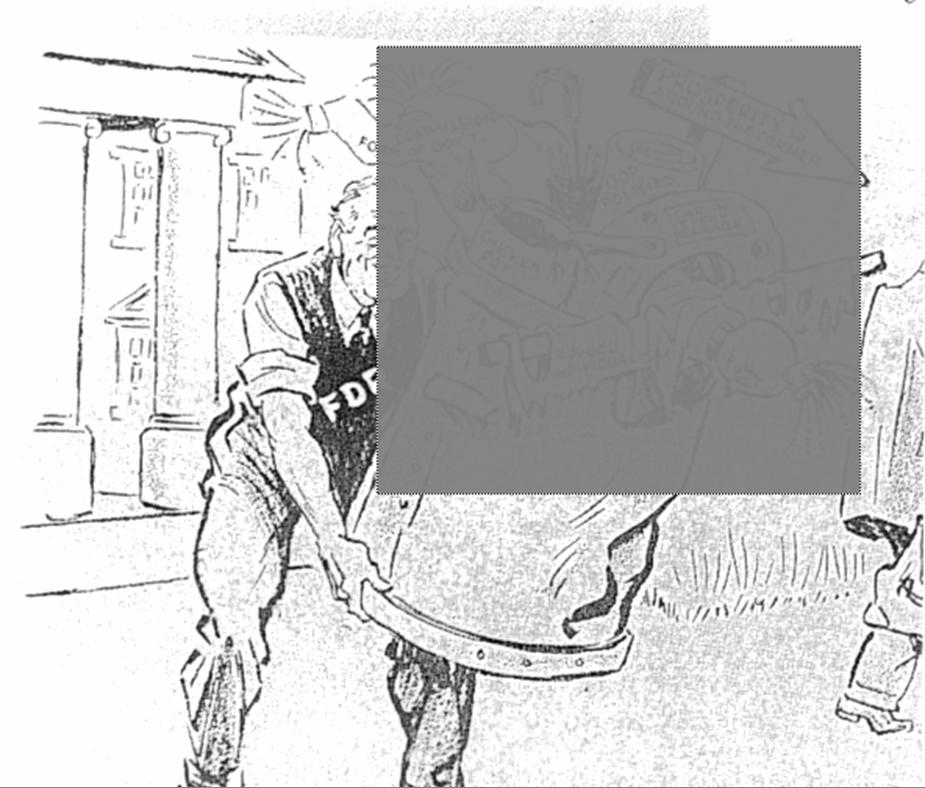 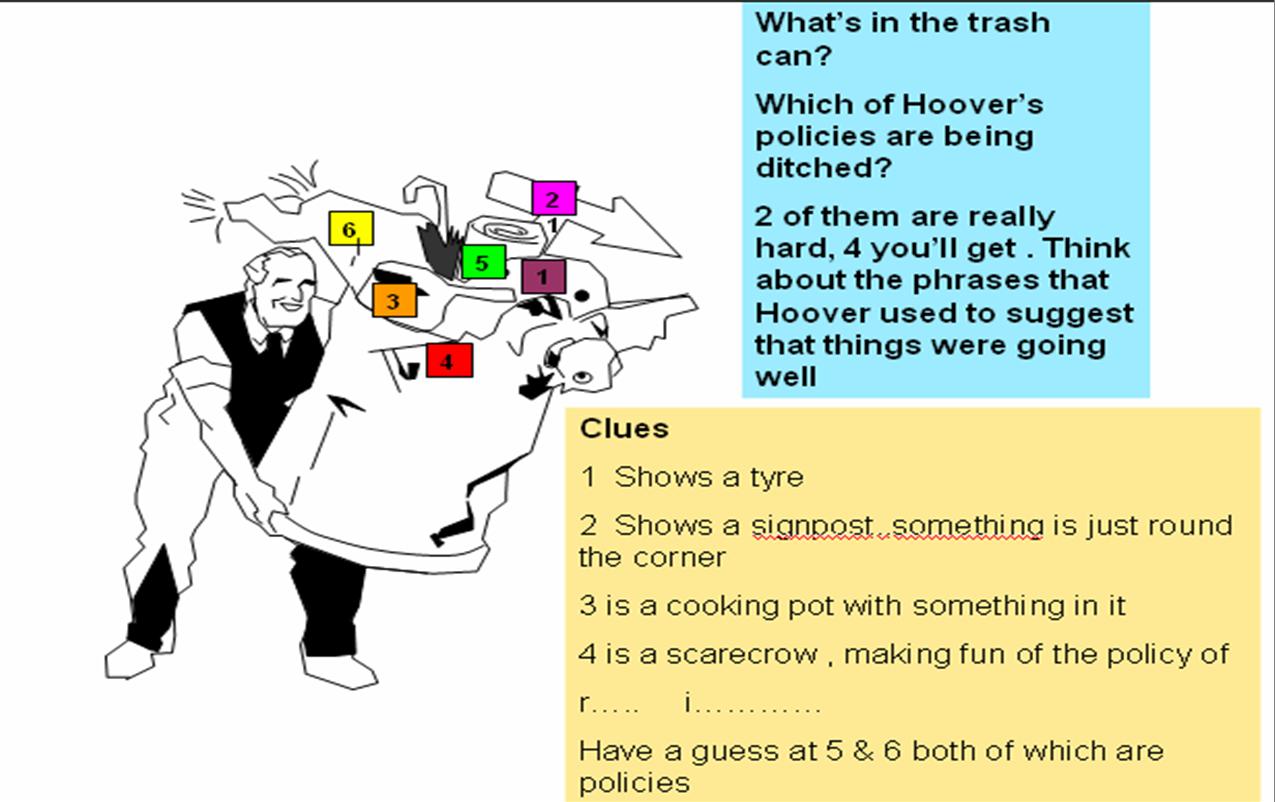